A mask is required to enter the building. Our waiting room is limited so you may be asked to wait in your car until the veterinarian is ready to see you. Curb side service is still available. Do not enter the building if you have any symptoms, have had a high risk exposure or if you are required to self isolate.

Would you like to switch to the accessible version of this site?

Don't need the accessible version of this site?

At What Age Should You Spay or Neuter Your Pet? 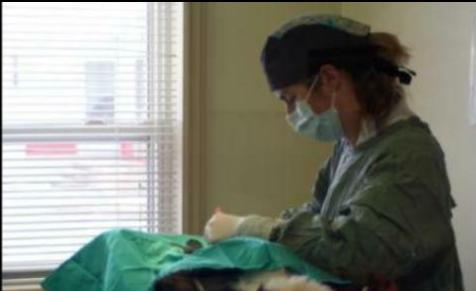 This is a question that we get asked a lot and we wanted to address all the different factors involved in making this decision for your pet.

Have a look at the terminology that is commonly used:

The female surgery is usually called a spay, the medical name is ovariohysterectomy. You would call a female dog that has had the procedure a spayed female. If she has not been spayed she would be called an intact female.

The male surgery is usually called a neuter or castration; the medical name is orchidectomy. You would call a male dog that has had the procedure a neutered male. If he has not been neutered he would be called an intact male.

First let's acknowledge that we know for certain from many studies that spaying and neutering is strongly associated with an increased lifespan. (In one study life expectancy of spayed females was increased by 26% over intact females, in another study the lifespan of neutered males was increased by 18% over their intact counterparts.) This increased life expectancy happens because even though spaying and neutering increases the risk of certain issues (some types of cancer and orthopedic issues), it substantially decreases the risk of death from many more causes (other types of cancer, trauma, infections, etc).

So there is no question that spaying and neutering is beneficial to the health of most pets. The question is - at what age should it be done? The answer, unfortunately, is not simple.

Traditionally here in North America pets have been spayed and neutered around the time of, or just before reaching, sexual maturity. It has been felt that this was a nice balance between letting the pet mature, but not to the point where messy heats, accidental pregnancies or some of the more obnoxious male behaviours developed. In European countries routine spaying and neutering is less common; most pets remain intact for their whole lives unless the surgery is needed to treat a medical condition. People started to notice differences in rates of some diseases between European (mostly intact) pets and North American (mostly spayed and neutered) pets. This has led people to start investigating what effect spaying and neutering has and questioning the age at which it is best to perform these surgeries. This post is going to get a little long and involved as we wanted to address all the factors involved. A brief summary with our recommendations is at the bottom for those more inclined to scroll through the technical stuff.

Let's take a look at the individual issues for which we have data:

Cancer is a leading worry for anyone who has furry family members. There are many factors that contribute to the development of cancer: genetic predisposition, breed, age, viral infection, environment, and chronic inflammation to name a few. Spay and neuter status can also either increase or decrease the risk, depending on the type of cancer.

Orthopedic diseases such as Cranial Cruciate Ligament (CCL or ACL) injuries and hip dysplasia are not inherently life threatening but they can have significant impact on quality of life and can have financial implications if surgical repair is required. Spaying and neutering may be a risk factor for these issues, but larger breed dogs are inherently at increased risk. 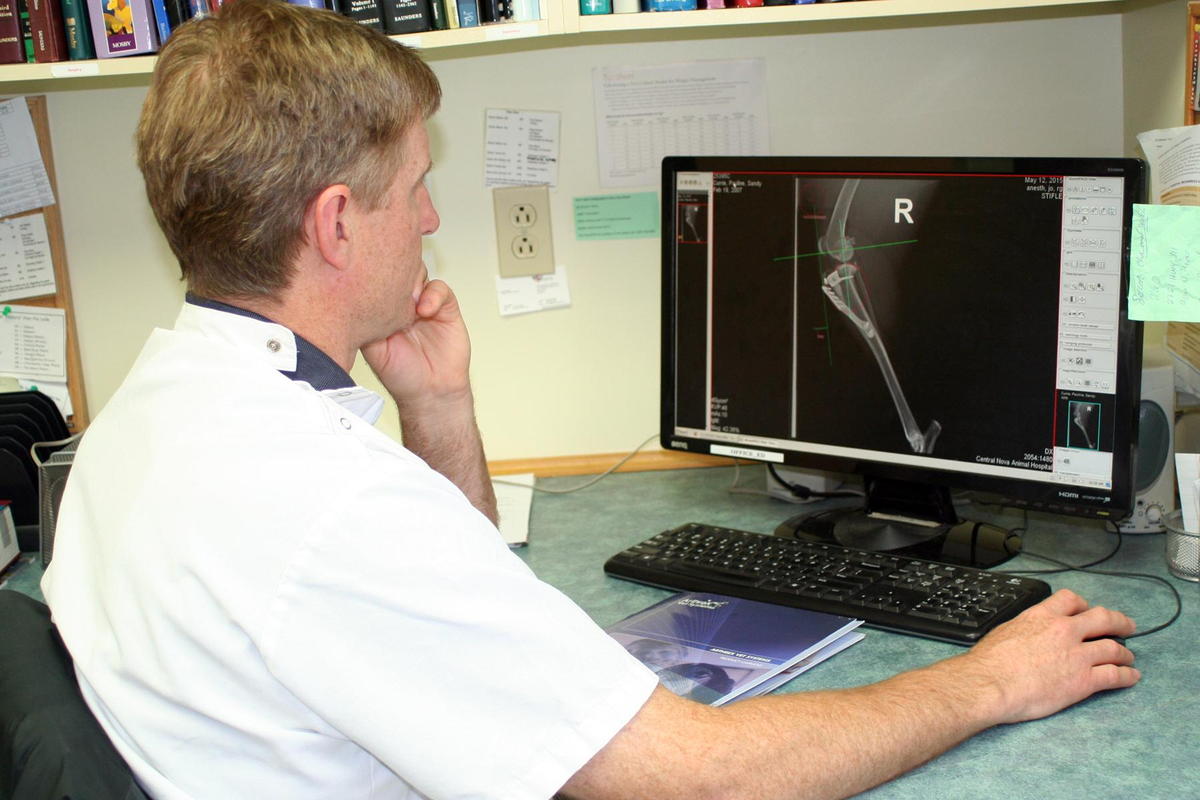 Pyometra is a potentially life threatening infection of the uterus that is fairly common in intact females. It is prevented by spaying before it develops.

Being in heat and pregnancy comes with it's own inherent risk factors beyond having to look after and find homes for puppies. Females can have difficulty giving birth and require surgical intervention. We average 1-2 caesarian sections every month. The best time to spay to prevent pregnancy is before the first heat. If you allow your female to go through one or more heat  cycles you must be very diligent. A female in heat seems to attract males from miles around! When a female dog is in heat there is typically a bloody vaginal discharge from 1-2 weeks so most owners choose to use a diaper of some type to help avoid messes.

Urinary incontinence is more common in spayed females. When this was studied it was found that spaying females between 4-6 months of age did not increase the risk for urinary incontinence compared with those females spayed after their first heat. In dogs that were older when they were spayed the incontinence developed sooner. 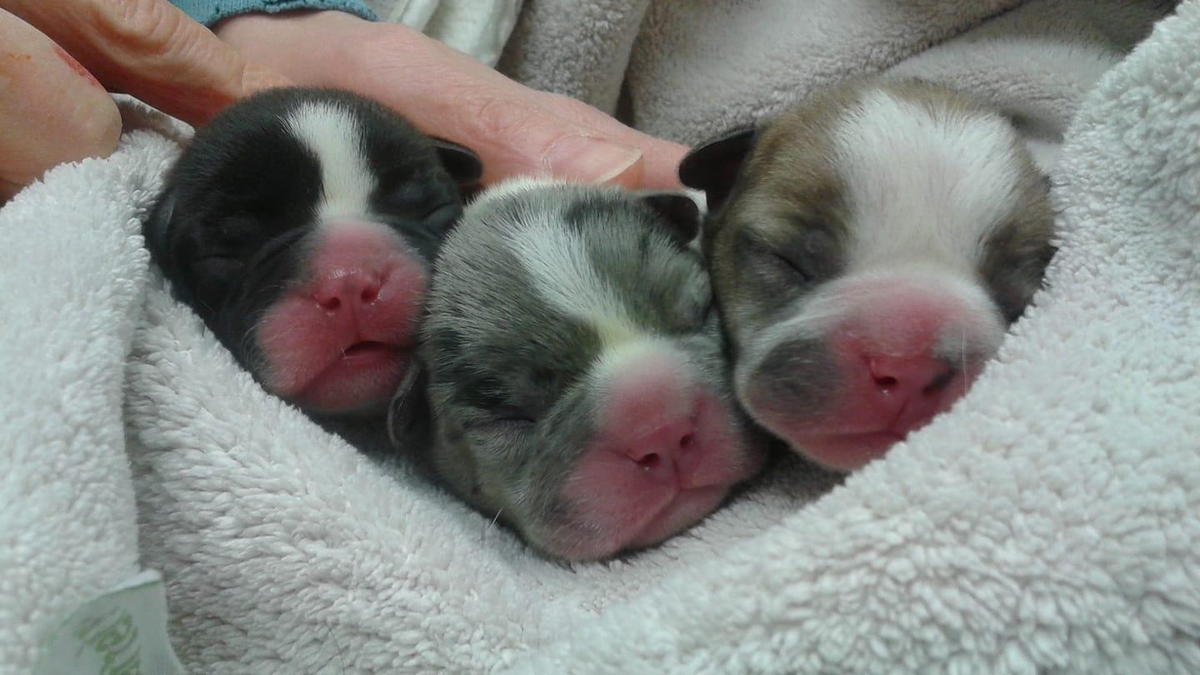 Most studies show that weight gain occurs after spaying and neutering. This appears to be a result of increased appetite and changes in metabolism. Age at the time of spay or neuter does not matter. Obesity is common but is a multifactorial problem and studies have also shown that responsible management of diet and exercise can maintain appropriate body condition regardless of spaying or neutering.

Spaying and neutering are elective surgical procedures and the risk of anesthetic and surgical complications must be considered along with the other risks and benefits of the procedures. Risk evaluation for a surgical candidate involves assessing age, body weight and existing medical conditions. Spaying older, larger, chubbier females is a higher risk surgery than spaying their immature counterparts. With males, neutering when they are older increases the risk of postoperative swelling and irritation and infection.

A note on pediatric spays and neuters:

This is when spaying or neutering is done at a very young age - as young as 2 or 3 months of age. These procedures are done in rescue or animal shelter situations in which the objective is to control pet over population by having all dogs and cats spayed and neutered at the time of adoption. In this scenario it is imperative that pets rehomed through these organizations do not further contribute to pet overpopulation. Once adopted out the compliance with spay/neuter contracts is only about 40%. Spaying and neutering of these animals at very young ages, before adoption, is therefore reasonable to ensure these pets are indeed spayed or neutered, to prevent unintended litters and reduce pet overpopulation. Studies have shown that these benefits outweigh any risks involved and the vast majority of these pets live happy and healthy lives. 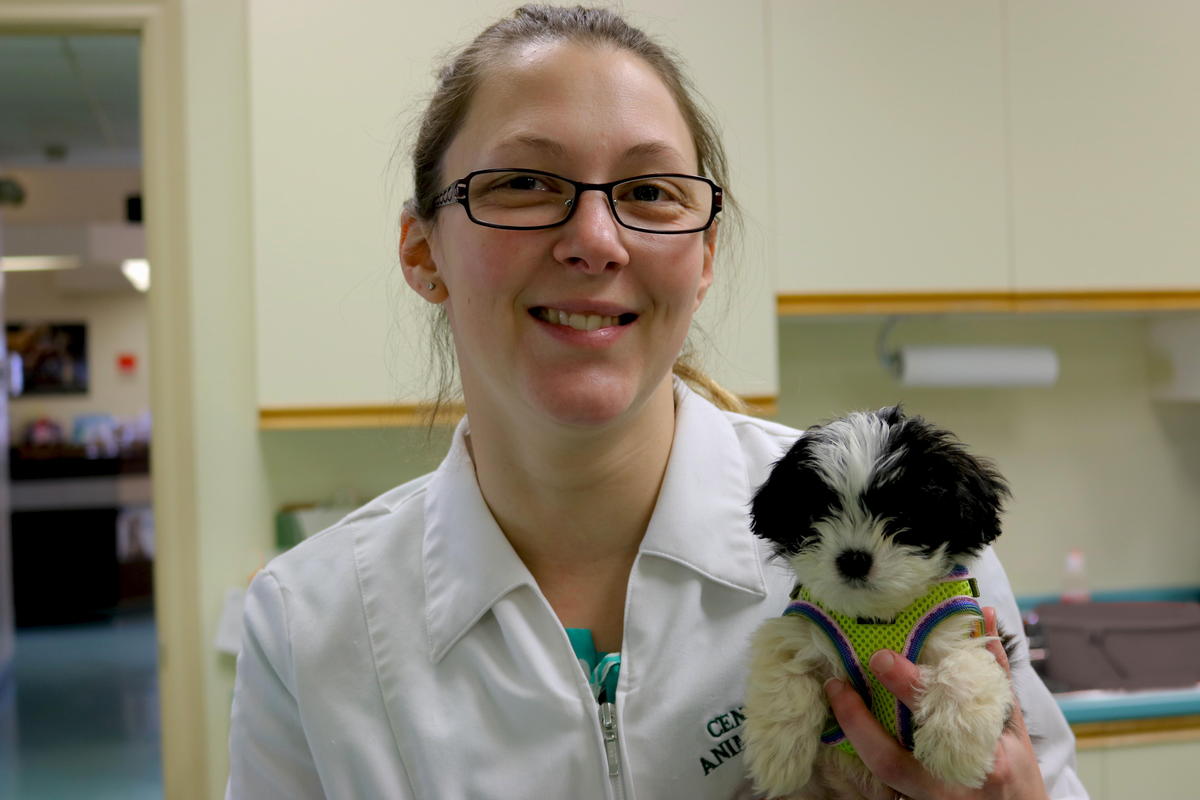 What it all boils down to:

The risks and benefits associated with age of spaying and neutering is an area that is continuing to evolve and as new information becomes available current recommendations will be revisited and reassessed.

Our recommendation, after looking at all the pros and cons, is to still favour spaying and neutering at about 6 months of age for the majority of dogs. If you ask our staff you will find that this is the age most of us spay and neuter our own pets. As with anything, there are exceptions to every rule and we encourage you to discuss all of the issues and concerns with your own veterinarian in order to make the choice that is best for you and your pet.